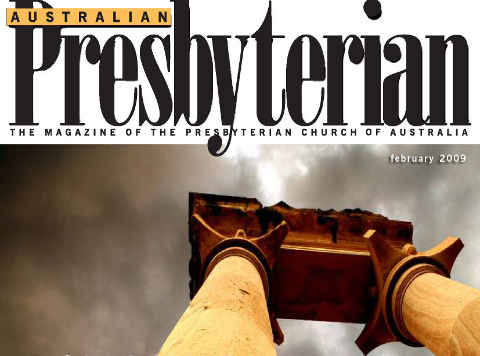 A number of books have been written recently that have precipitated a controversy over the doctrine of Scripture. One of these is The Divine Spiration of Scripture, written by Professor Andrew McGowan, a minister of the Church of Scotland and, until recently, the principal of Highland Theological College. In this book, Professor McGowan moves away from the inerrancy of Scripture.

“Inerrancy” means that the original manuscripts of the Bible, as written by the apostles and prophets, are without error in all that they teach. They speak the truth even in matters of science and history, although not necessarily in modern ways. The Scriptures are from God, and God does not lie or make mistakes. He thus restrained the human authors from making mistakes when they wrote.

McGowan wonders, though, if this does justice to the human authorship of Scripture. Humans make mistakes. How does this fit together with the divine authorship of Scripture? He reasons that although the Bible is from God this does not mean that it is necessarily without error. What if God decided to let the human authors write with all of their human limitations still in play? Could God not have given us a Bible with errors in it? Can’t God do whatever He wants? He writes: “Scripture is as God intended it to be but”¦ He chose to use human authors with all the implications of that decision. In other words, to argue that the only kind of BibleGod was able to give us was one with inerrant autographa is untenable.”

McGowan adds: “Having freely chosen to use human beings, God knew what He was doing. He did not give us an inerrant autographical text, because He did not intend to do so”¦In other words, I”¦reject the implication that thereby the autographa must be inerrant.”

In reply, we can say that God can do whatever He wants, in conformity with His own nature. If He wanted to give us an errant book, He could do that. Has not every book ever written come from the sustaining and governing providence of God?

But Scripture is not just any book. This is not an abstract argument about what God could and could not have hypothetically done. This is about the actual Scriptures, written by the apostles and prophets: the only “God-breathed” book ever written (2 Tim. 3:16).

The Dutch theologian Herman Bavinck spoke about God as the primary author of Scripture. The human authors are secondary authors, being carried along by the Holy Spirit (2 Pet. 1:21). The human contribution is real, but it does not confuse or corrupt God’s voice.

Thus, I believe that the only kind of Bible that God was able to give us was an entirely truthful Bible. Since Scripture is God’s book, an error in Scripture would be God’s error. Can the truthful God lie or make a mistake? God cannot be inconsistent with Himself.

Further, McGowan says that the Bible does not actually teach inerrancy. However, the Bible repeatedly asserts its truthfulness. Jesus explicitly promised that the Spirit would lead the disciples to recall the truth of his earthly ministry. That’s why John closes his Gospel by saying that it is “true” (John 14:17-26 with 21:24-25).

What was the original sin? It was the rejection of the truthfulness of God. The serpent had a two-pronged approach. First, he questioned the origin and meaning of God’s command (Gen. 3:1, “Has God said…?”). A mere question surely can’t hurt! Second, he flatly denied that God got it right. “You will certainly not die” (Gen. 3:4).

Adam and Eve learned the hard way that doubt and disbelief are not to be entertained with regard to the words of God. We are duty-bound to presuppose the truthfulness of God’s words.

It is worth noting that our church is officially committed to the entire truthfulness of Scripture. The Westminster Confession speaks of the “infallible truth” of Scripture (1.5). The word infallible comes from the Latin infallibilitas, which means “no ability to err or be deceived”. Infallible truth is thus unerring truth, or truth that is unable to be mistaken. The Confession later says that “a Christian believeth to be true whatsoever is revealed in theWord…” (14.2).

Some criticise the doctrine of inerrancy because it only focuses on truth. There is more to Scripture than just truth, we are told. This is true – and there is no need to elevate the truth of the Bible over its sufficiency, unity, etc. Still, as J. I. Packer says, without inerrancy, the Church is left “short of terminology for affirmation to a sceptical world that the Bible is true”.

Some object to the doctrine of inerrancy, saying that “truth” is not a category rightly applied to all the literature in the Scriptures. What does it mean to say that a poem is true? Is not a poem a work of art, with different meanings to different people? This is a fatal misunderstanding of Scripture. No part of Scripture is merely art. The metaphors of the Psalms (98:8) convey the truths that the author means to convey. The Psalms are thus rich with teaching about God the King, His Law and His coming Messiah.

What of the concept of inerrancy “in the original manuscripts”. There is today a groundswell of opinion against this. We don’t have the original texts today, so why have a whole doctrine about writings 2000 years old and more.

However, it is absolutely vital that we keep the concept of the original manuscripts. Why is this? First, because they actually did exist. It would be historical nonsense to suggest otherwise. I don’t know which prophet wrote every word in the Bible. I don’t need to know. However, I know that the Bible was written, and what is more, I believe that each word was God-breathed.

Second, the Bible is far more reflective about itself than we often imagine. It contains an overflowing abundance of references to authors and texts and the process in which various books came to be. The Bible sees as pivotal the role of apostles and prophets as authors.

Our Westminster Confession affirms the idea of the original autographs. It speaks of the Scriptures as having been “immediately inspired by God” and subsequently “byHis singular care and providence, kept pure in all ages”. The original language copies of the originals are “therefore authentical”.

Counter-arguments are still made. If inerrant originals were so necessary, why didn’t God preserve the originals for us today?

You could just as easily ask, “Why didn’t Jesus stay here with us on earth?” “Why don’t we still have apostles with us?” He has decided to entrust the copying of the originals to the Church, and He has acted throughout history to ensure that the copies are sufficiently pure.

The abundance of copies of these originals gives us an excellent link to the originals, so that the inerrancy of the originals is relevant to us today.

Some go one step further. Since we don’t have the originals with us, how do we really know that they were without error? Inerrancy is just a guess.

Even if I had the originals, I still couldn’t prove that they are entirely truthful. I would need to be omniscient to do it. This is not a problem, though, because inerrancy is a faith position. To my mind, no-one has demonstrated that there are errors in Scripture, and I have always found that it gives staggering insight into human nature and history, but I’m not basing the doctrine of inerrancy on the little bit of psychology and history that I understand. I trust in God and His words.

Some affirm the entire truthfulness of Scripture, but still reject the notion of “in the original manuscripts”. They affirm “without error”, but deny the doctrine of inerrancy. This is confusing. If it is not the originals that were without error, how can the copies be?One suspects that a different concept of “truth” is at work here.

Might there not just be little errors in the Bible: errors in some of the allegedly unimportant bits? This is exactly what McGowan argues. Actually, he says he is not saying that, but he still says it (he also says that truth and error are inappropriate categories to apply to Scripture – whatever that means – but goes on to apply them anyway).

He quotes approvingly from an old Scottish theologian, James Orr. Of the Apostle Paul, Orr writes, “He does not, e.g., say that it secured verbal inerrancy in ordinary historical, geographical, chronological or scientific matters. But it seems at least clearly implied that there was no error which could interfere with or nullify the utility of Scripture for the ends specified”¦”

“Utility” thus trumps truth. God is a pragmatist. McGowan then uses the words of Herman Ridderbos, saying that there are difficulties present in the original texts that arose since the authors were not stripped of their human limitations “in knowledge, memory, language, and capability of expressing themselves”¦”

McGowan says that inerrantists have an overriding need for certainty. He says this is why they believe in inerrancy. They want to be right all the time.

This made me stop and think. Why do I want and need the doctrine of inerrancy?

There are two reasons.

First, God has placed it in every human heart to want to know the truth of God. Just as my heart yearns to know Him, so too does it yearn to knowHis truth. I am created that way.

Divine Spiration should be taken as a warning to the church. It has not come out of a liberal seminary. It comes out of and has been received by the Reformed, evangelical heartland.Howhas this happened? Do we today disparage rather than cherish our Reformed orthodox heritage? Do we now assume that doctrine is less important than it used to be. “Let’s just get onwith living the faith,” people say. However, Jesus commanded that we love the Lord our God with our whole heart, strength, and mind.

If the foundation is not sound, the ruin of the house will be great.

Positively, and ironically, books such as Divine Spiration help us to see afresh what a marvellous thing it is that God has given us in the Scriptures. He has given us the truth, so that we might truly know the true Christ! Praise be to God for His inerrant Word!