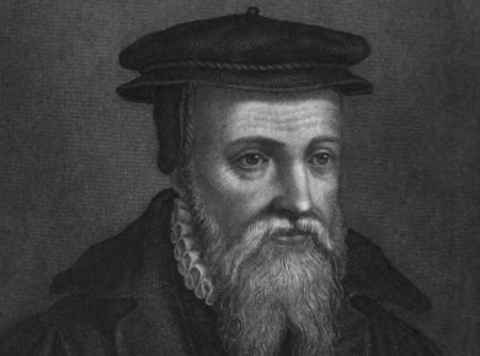 There is some debate about the whether the Mosaic covenant was a covenant of works or grace.

I like the way Ursinus put it, when the covenant of works was first coming into its own. In question 10 of his Larger Catechism, he speaks of the ‘divine law’, which he, with Calvin, believed was summarized in the Ten Commandments.

Q. What does the divine law teach?
A. It teaches the kind of covenant God established with man in creation, how man behaved in keeping it, and what God requires of him after establishing the new covenant of grace with him.

That is, what kind of man God created and for what purpose, into what state he has fallen, and how he must conduct himself, now that he is reconciled to God.

Why does it teach the covenant of works? Is it so that the people of Moses’ day might attempt their own justification by perfect obedience? It is, rather, to show that such an attempt has already failed. It shows the state into which humankind has fallen.

Further, it shows how reconciled people should act.

In other words, Ursinus is pointing to the second and third uses of the Law.

The covenant of works is not reissued in the Mosaic covenant, then. The Mosaic teaches the works principle, but it does not genuinely offer life upon obedience.

And how could it make such an offer? The covenant of works has been ‘broken’. The only way in which its reach extends beyond the garden is in its condemnation of every person. It is not as though each newly born person has the option of being their own second Adam – as though every person is placed back into the Edenic position of being under trial, innocent until proven guilty. The covenant of works offers life no more to me than it did to Adam after his sin. Adam was expulsed from the Garden. The trial is over. Only one other person is ever placed back into the Garden setting, to be our second Adam, and He is identified in Gen. 3:16.