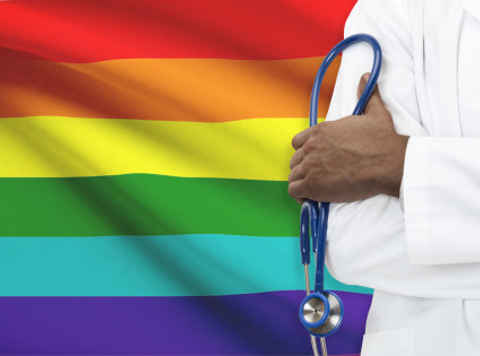 A renegade critique of the Australia Medical Association’s ‘Position Statement on Marriage Equality’ has recently been in the news. That the AMA uses the partisan term, ‘marriage equality’, indicates its position from the outset. The critique, spearheaded by former Tasmanian AMA president, Dr Chris Middleton, and supported by many of his colleagues, makes a clear contention: the AMA is pushing an ideological agenda.

The critique is attached here: medical-critique-of-the-ama-position-statement-on-marriage-equality. All those engaged or seeking to engage in ministry should look through it. It will dispel illusions and prime us for the pastoral challenges that lie ahead. The data shows this: children raised outside the married biological Mother-Father structure sadly have significantly more likelihood of emotional problems and poorer educational outcomes—and even more so in the same sex ‘parents’ scenario. In fact, children raised by same sex couples are almost four times as likely to have emotional problems. It seems hurtful to say it, but it cannot help to cover it up.

Four points are inferred. First, the most prominent research that Middleton relies on, Sullins 2015, is a significant and large study, but it does not purport to explain why the data is as it is. Some would respond that if discrimination against same sex couples were to be removed, then the average outcomes would improve. This still seems contradictory to the data, though, in which there is a definite advantage to the married and mother-father biological connection.

Note carefully that it is about outcomes on average, too. No-one is saying that a specific child raised without his or her married biological parents is necessarily assigned poorer outcomes. Still, the data gives a very clear picture of the situation on average.

Secondly, for all the faults that can and do exist in the biological family, traditional marriage is a gift to children. We should never be embarrassed to defend God’s plan for families.

Thirdly, parents—biological parents—have an overwhelming obligation to put aside personal and selfish desires and do everything they can to live together with each other, within the bond of matrimony, whenever possible. We owe it to our children. Life in this fallen world does not always work out ideally, and we look afresh to God’s grace in times of tragedy. But it is on average more damaging, and thus unfair, to conceive children with the deliberate intention of severing the Mother-Father bond.

To clarify, we hope and pray that couples stay together for more than just ‘the sake of the children’. In addition, Jesus gives grounds for divorce, and spousal abuse should not be tolerated. Still, Jesus laid out his plan at the beginning: ‘a man shall leave his father and mother and be joined to his wife, and they shall become one flesh’ (Gen 2:24; Matt 19:5). Of course, He got this right. He knows how we are made and how we function. He knows what children need, and he cares for children.

Even without legalised SSM, our society and families are already in a great deal of strife. There is an increasing whirlwind of pastoral problems that the Church faces. We deal with sinful people; we also deal with incredibly hurting, fearful and confused people. To endorse SSM legally can surely only make the situation worse.

Nothing has ‘equality’ of outcomes with the married biological family. Dr Middleton’s critique subtitle says it all. The ‘marriage equality’ campaign ‘misleads the public, neglects the child’.