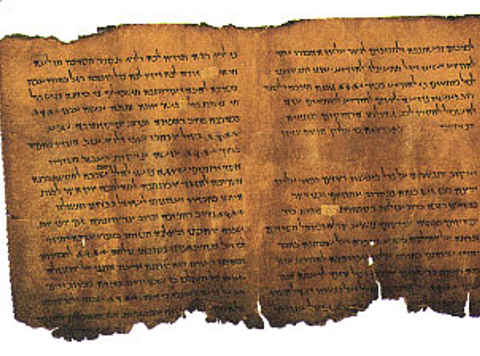 I’m doing the course of the Psalter at PTC at the moment, and addressing the question of whether the Psalms are Messianic. Some say to ‘read the Psalms in the light of the resurrection’. What that means is that the Psalms as written by their human authors were not Messianic. It seems to be thought that the OT writers could not have conceived of the Messiah. Unbeknown to those biblical authors, though, God had a higher meaning distilled in the text , which emerges only if one believes that the Messianic message is there (i.e. reads in the light of the NT).

We certainly must read the OT in the light of the NT! Only let us have the full light of the NT! The NT does not give us permission to think that the OT Psalms were humanly not about Christ, but divinely are. The NT directs us to read the OT in the light of the resurrection (which takes faith), and also to believe that the OT was written by the OT prophets in the light of the resurrection (which takes even more faith). This is what Peter says (1 Peter 1:10-12). The Spirit of Christ ‘declared’ (made clear) and ‘pre-witnessed’ to the sufferings of Christ and the glories thereafter. And the prophets were able to ‘investigate’ that. Peter is not suggesting these were coded messages. The Spirit’s ‘pre-witness’ is not obscure or hidden. Thus, the Spirit spoke in and through the prophets, and the prophets understood well enough to search out ‘what/who/which’ and ‘what time’. And over time, their investigations bore fruit, as the OT moves progressively to greater and greater clarity on the coming of Christ.

So ‘read the OT in the light of the resurrection’. It’s a great slogan. But it needs adding to.

Evangelistic Preaching from the Old Testament

The Christ in the Psalms – the Undercover Boss

The Religious Life of Theological Students – B. B. Warfield (abridged)

Why I changed my mind on baptism: the case for including...

The Psalms and the Resurrection

Perspectives on the Extent of the Atonement: 3 views (Review)