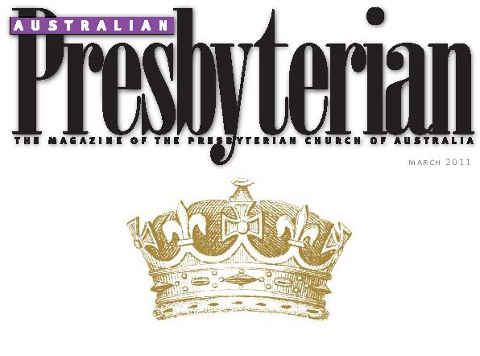 The Church has always believed that the Psalms speak about the Messiah (the Christ), but how and where do they speak about Him? There are two views at large: a popular and an academic one.

Popularly, many think only a select group of Psalms are about the Christ. The Psalms so cited in the New Testament are Messianic. Psalm 22 stands out. ‘My God, my God, why have you forsaken me’, Jesus said from the Cross. The Psalm prophetically adds, ‘They pierced my hands and my feet’; ‘My bones are out of joint’; ‘They divide my garments among them.’

Calamity strikes, though, with the complexity of Psalm 69, for example. The New Testament uses both v. 9 and v. 21 of Christ. ‘Zeal for your house has consumed Me’. ‘For my thirst they gave me vinegar to drink’. What of v. 5, though? ‘My sins are not hidden from you’? Christ did not sin! How can Psalm 69 be Messianic? The popular view is not robust enough to cope. We need to know more than which texts are Messianic. We need to know how they are Messianic.

Some academics have recently claimed a solution. No Psalms are Messianic. They were originally only about King David and his heirs. The Jews invented Messianic belief quite late, it is said. Under the thumb of the Greeks and Romans, they began to long for a royal saviour. They re-read the Psalms to match their hope.

Jesus and the apostles followed suit, we are told. Peter taught that Psalm 16 was about the resurrection of Christ (Acts 2:25-31. David was a ‘prophet’, no less). However, Psalm 16 is clearly only about David. Peter was re-reading it in the light of the resurrection.

Some will say, ‘God means more by a text than what the human author meant’. David meant one thing, but God meant something extra. This is the sensus plenior. A text has a ‘fuller meaning’.

Sensus plenior is an alien principle in evangelical thought. The Reformation was built on a literal reading of the text (with due regard for genre). A bible text will have many, rich applications, but still only one meaning.

What would be the point of a text having a hidden, divine meaning? God declares the future openly and in advance (Isa. 41:22-26), not in a code that we have to wait 1,000 years to crack. If God’s voice does not equate with the prophets’ voices, how would we ever know what He was saying? The whole purpose of Scripture is for God to communicate through human beings to human beings, in the ordinary manner of human beings. Hence the incarnation.

Which Psalms are Messianic, then? More importantly, how is Christ the undercover boss of the Psalms?

Secondly, Psalms 1-2 are introductory Psalms. We read the whole Psalter through this lens. What is Psalm 2 about? It is about the ‘Son’, who is overtly called ‘My Messiah’ (or ‘My Anointed One’, v. 2—a substantive adjective). He is also the ‘King’ (v. 6) within the terms of the Davidic covenant (v. 7). This King will judge the nations, but saves all those who put their trust in Him (v. 12).

Thirdly, we readily take Psalm 22 as Messianic. The New Testament teaches us this, but also we know that David did not go through the torments that the Psalm describes. When were David’s garments divided by lot? This Psalm is so embarrassing prophetic, that some medieval Jewish scribes amended the text. ‘Like a lion my hands and feet’! The discovery of the ancient Dead Sea Scrolls put flight to that fancy. ‘They pierced my hands and feet’.

Why quarantine the themes of Psalm 22 to that Psalm alone? The righteous sufferer appears throughout the Psalter. Suffering is another trigger for us to see that the Messiah is in view. A friend betrays Him—even one with whom He ate bread (41:9). This, too, is about the Christ. We thought these were David’s sufferings, but we realize we are looking at the Christ.

This brings us back to question. How can Psalm 69 be about the Christ, since it contains a confession of sin from David? Matthew Henry states it the best. Of Psalm 16, he says, ‘This psalm has something of David in it, but much more of Christ.’ This is the key. There is no either-or. It is both-and. David’s experience reflects the Christ’s resurrection, and the Christ’s resurrection echoes into David’s experience. The Psalms are often about David and Christ at the same time.

This is typology. David was a picture or ‘type’ of Christ. Just as the sacrifice of an unblemished lamb in the temple was a type of the sacrifice of the Son of God, so too was David’s suffering.

For typology to work, the real David must be really there. Even his sin must be in the picture. Bruce Waltke helpfully calls these Davidic elements the ‘eggshells’. We can pick David’s sin as the eggshells, because they actually clash with Psalter’s picture of the Messiah. The Messiah is righteous (see below), but David is sinful. That is the same picture given through the whole Bible. The lamb is unblemished, and dies for the sins of God’s people.

‘Eggshells’ are not just the ‘leftovers’. David’s sin forms a typological contrast with Christ. Typology can be both comparison and contrast (see Rom. 5:15, 19). David’s sins highlight Christ’s purity and our need of Him.

This is not the sensus plenior. This is intentional typology. David knew what he was writing. He knew he was a type of the Christ. He wrote about himself, but even as Peter says, David was a prophet. He ‘knew’ (Acts 2:30). We struggle with this so much. He knew!

He knew his trials and victories were a grand mosaic of the sufferings and glory of the Son of God. He knew his place in the covenant. He knew the ancient promise of a Saviour, and he knew it was coming true in his family line. The covenant with him (2 Sam. 7) was really about his greater Son (Ps. 2:7). David was an anointed king (2 Sam. 23:1), but he looked past himself to the anointed king (Ps. 2:2).

To be sure, David did not see as we see. The prophets knew what they knew, but how they longed to know more (1 Pet. 1:10-12)! David knew that the Messiah would ascend into the heavenly realm (Ps. 68:18). That is a lot to know! Still, he did not foresee Jesus of Nazareth ascending from the Mount of Olives with His disciples looking on. David had a da Vinci sketch, but not the completed masterpiece. Psalm 68:18 means no more than what it says.

In sum, the New Testament gives the key to the Psalter. It tells us to look beyond David. In the suffering ‘I’ and the reigning ‘King’ of the Psalter, see the Christ! Christ is the undercover boss, and his ‘disguise’ is David. God does not intend on hiding the Christ from the believing eye, though. Do not be fooled by the disguise! Have the Christ first in your mind.

The Psalter is glorious literature, then! It is the most intensely typological material of the Old Testament. Think of the implications. When we feel the Psalms so well describe our current difficulties, we do not merely identify with poor old David. We identify with the suffering Christ.

Where do you look when you want to know the inner life of the Messiah? The Gospels tell us what He did. The Epistles tell us what it means. Turn to the Psalms, though, to know His hopes and fears, His trust and loneliness. Truly, He was tempted in all points as we are, yet without sin. Truly, the Psalms are ‘the Word of Christ’ and good for the Church (Col. 3:16).

Pervasive typology explains the constant assertions of righteousness in the Psalter. ‘You have tested Me, and will find nothing’ (Ps. 17:3). ‘The LORD has rewarded Me according to My righteousness’ (Ps. 18:24). This is the Messiah’s righteousness. David often was obedient, too, through faith, and he rejoiced in that. Still, he sinned. The Messiah brings the kingdom of peace, blessing and righteousness to Israel.

Pervasive typology exists at another level. What does the Christ do after His resurrection? ‘I will declare your name to my brethren. In the midst of the assembly I will praise you’ (Ps. 22:22). The resurrected Messiah is the great worship leader (see Heb. 2:12). The Psalms are His worship songs! He calls us to worship (Ps. 30:4). He prays for us (Ps. 125:4). He issues priestly blessings (Ps. 125:5). He leads us in our repentance (Ps. 51). He preaches the sermon (Ps. 1). He will lead us in worship through all eternity.

The Christ is the undercover boss of the Psalms. The Spirit of Christ inspired the Psalms. The typological Christ speaks in the Psalms. The incarnate Christ sung and still sings the Psalms. They were written by Him, about Him and for Him—He who is our prophet, priest and king. See less of David, and more of the Christ.