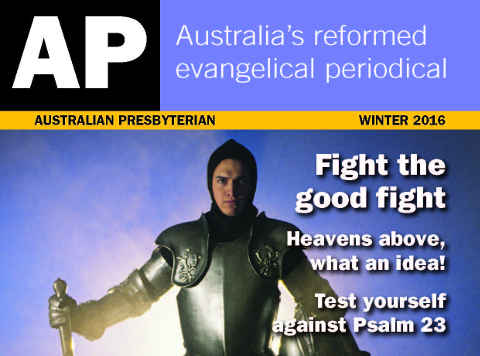 In an act of judicial treason, the US Supreme Court (SCOTUS) legalised same-sex marriage. My mind went to Roland Freisler, the head of Hitler’s People’s Court. Hang the constitution; ideology rules the day.

We don’t know what Australia will decide in the promised plebiscite. We do know this: Christendom is dead. We mourn its demise. The darkness is well advanced.

What can the Church do to bring light into the present situation? The answer lies where it always does. Seek God in prayer. Seek genuine holiness. Seek to call many to repentance.

Something else is needed. I don’t want to talk tactics for winning the plebiscite. Rather, have we ourselves understood what Scripture says about marriage? Has our woolly thinking rather made us complicit in the rise of SSM? Even as we make a rear-guard action to defend marriage, do we believe our own arguments?

What is marriage about?

Do we believe that marriage is about ‘love’? It sounds obvious. Two people love, so they marry. That’s why I got married. That’s why same-sex couples seek marriage.

It is a lie. ‘Love’ here is a 19th century, Georgian-Victorian construct. Think of Pride and Prejudice. That romantic notion befitted the age. It kept discussion of male-female relationships prim and proper. It still permeates our culture—love as transcendent, the highest goal of life. Just turn the radio on.

Scripture barely speaks about it. How often do we have to say, ‘Love is an action, not a feeling’, before we get the Victorian notion out of our heads?

What is marriage about in Scripture? Chiefly two things. First, it is about the physical relationship between a man and woman. Genesis comes straight to it: ‘one flesh’. The main meaning is as obvious as Shakespeare’s crude ‘beast with two backs’.

Isn’t Song of Songs romantic poetry? In every chapter, the physical relationship dominates. Solomon isn’t salacious, but the book is deeply sensual.

Secondly, ‘one flesh’ is at the core of marriage, but it’s not the core. Before a husband eagerly brandishes AP in front of his wife saying, ‘Look what AP says marriage is about’, keep reading. The singular, fundamental purpose of marriage is this: to have children.

The Church has made this connection when responding to SSM. Do we actually believe it and live it? When I got married, I didn’t think it was about having children. It was low down the to-do list; something we could decide on later.

Marriage exists for this. Male and female exists for this (Gen 1:27). In the next age, maleness, femaleness, and marriage, won’t matter (Matt 22:30). In this age, God’s says ‘Procreate’, and therefore there is ‘one flesh’ marriage.

Malachi 2:15 is definitive. Why did God ordain marriage? ‘He seeks godly offspring’. Because of the Fall, not all marriages result in children, but children still are the reason for marriage. ‘Darling, I would like to fulfil Jesus’ first Great Commission with you. Will you marry me?’ How romantic.

The Church rightly connects marriage to children in response to SSM. We rightly point out that SSM is a dead-end street. We rightly deploy evidentiary arguments that children fare better with a Mum and Dad. Our society might not tolerate rationality, but on the basis of revealed truth, we rightly say ‘procreation’ and ‘family’.

The Church has to live it, too, not just say it. Marriage and potentially children aren’t just options for when you come into your 30s. Male and female person today (and you are one or other, Safe School indoctrination not withstanding), be intentional about both marriage and children.

This is not easy. Our feminised society has broken down gender roles (hence SSM). Women spend 13+ years in education learning to be CEOs and Senior Counsels, not learning to be Mums. Men learn to remain boys into their late 20s, with Playstations, picture story books (sorry, ‘graphic novels’), and the juvenility of internet pornography (also an ugly male protest against feminisation).

Women of the Church need to step up. If God has called you to be a wife and mother—99% of women—don’t stoop to being only a CEO. You can be celibate for the Kingdom, but not for your career. Make career decisions that fit with motherhood, not vice versa. Motherhood is the goal. ‘She will be saved through childbearing’ (1 Tim 2:15). A Christian woman fulfils God’s plan and lives out her salvation by being a mother.

When someone asks what you do, don’t say, ‘I’m just at home with the kids’. There’s no ‘just’ about it. Women are designed to be ‘home workers’ (Titus 2:5). It’s biblical, it’s counter-cultural, it costs, society depends on it, and the Church praises you for it (Prov 31:28–31). But a CEO of Microsoft? Whatever.

Young men of the Church need to step up. ‘When I became a man, I put away childish things’ (1 Cor 13:11). Move to employment quickly. Education is great, but don’t use it to delay growing up. University is not compulsory, or even Years 11 and 12. Aim for marriage. To get the woman you’ve chosen to love down the aisle, you’re going to need a life-plan to support her and your children. And don’t tell me you can remain sexually pure into your late 20s without marriage. Plan to become the ‘Lord’ of a new family (‘Lord’ and ‘Lady’ in their original meanings: the Lord is the ‘bread-keeper’; the Lady is the ‘bread-maker’).

Disclaimer: the above is dangerous. There is a cost to be counted, as with all Christian commitments. It costs to say no to society and yes to God’s Word. Motherhood is tough. Women are not trained for it. New mothers can look bewildered as they hold their babies in their arms. Are we the dumbest of all species? We have forgotten how to raise our young. It’s going to take Spiritual resolve to buck the societal trend.

And don’t just have children. They’ve got to be raised. God wants a ‘godly seed’. Don’t leave it to the State to raise them. Hosea 5:7 laments: ‘They have dealt treacherously with the Lord, for they have begotten pagan children.’ When enrolling children in school, don’t ask the principal, ‘How many of your students go on to University?’ Ask, ‘How many students survive your school with their faith intact?’ and ‘How many thrive at your school in the fear and admonition of the Lord?’ We’ve got to stop sacrificing children on the altar of education.

The Church will need to step up, to help young men and women. Women need mothercraft skills—there’s a Conference topic or two. Mothers need playgroups. Can older women help (Titus 2:3)? Men need a Church culture that says the time for onesies and superhero T-shirts is over.

In the days after the SCOTUS decision, I was heard to joke, ‘At least we can outbreed them.’ I wasn’t really joking. Hannah, in 1 Samuel 1, sees a society fit for judgement, and she does something about it. She gives her son to the Lord, to be the leader that Israel needed, to be a Nazirite like powerful Samson (1:11). On more levels than one, ‘children’ is the response to SSM. The Christian strategy is family.