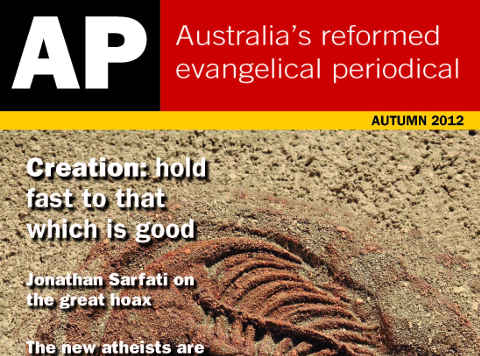 Marriage and the Federal Government – almost time for a divorce?

After hours of labour, and nine months of expectation, the woman finally gives birth. The new mother and father turn to the doctor, and await the news. The pronouncement is made: ‘It’s a human being’. The parents sigh with relief. The father exclaims, ‘That’s just what we were hoping for.’ Welcome to the brave, new, genderless world.

A history lesson on the Parliamentary relationship to marriage is helpful. From the 16th century, the English Parliament’s concern was largely singular: that the Church keep appropriate records. Marriage was worked out between individuals, their families, and the Church.

Remarkably, common-law marriage was acceptable. In the contract per verba de praesenti, the couple exchanged words in the present tense. Peter Lombard formulated this in the 12th century, and Pope Alexander III endorsed it. It took until the 18th century for the U.K. Parliament to clamp down on common-law marriage. The Church’s role was bolstered, but the State takeover had begun.

The blood-bath of the French Revolution (late 18th century) brought the fundamental shift. In deistic-come-atheistic France, the Church was exiled, and the State took the role of guardian of morality. Civil registration of marriage was mandatory. The State no longer merely recorded when a marriage had occurred; it distributed the only valid marriages.

The cry of ‘liberty’ led to dictatorship, and Napoleon spread the new non-religion all over the Continent. As his cavalry defecated on the floors of Europe’s Churches, the new order for marriage took root. The U.K. defeated Napoleon, but caught the new thinking in the mid-19th century. The State took responsibility for registrations. It was not just overdone bureaucracy. Different concepts of State power and marriage were in play.

Thus, the State has controlled marriage for just over 150 years. This was initially benign, but the slope was slippery. The 1970s brought devastating changes to Australian divorce law. The overall side effect is that we no longer remember that marriage was once not micro-managed by the State. The State’s control of marriage is a fairly recent invention, and should not be seen as sacrosanct.

Some now want Parliament to redefine marriage – to create a new version of morality. This suits the French revolutionary model, in which morality equates with the voice of the majority. The majority reflects ‘natural law’, and Parliament reflects the majority. Morality meets democracy, and comes off second best.

We hear the cry, ‘Civil rights!’, giving an aura of moral substance to the amendments. As the French said, ‘Equality, liberty, fraternity’, but now for homosexuals. ‘Men are born and remain free and equal in rights’. How odd that natural, inalienable rights change from age to age!

The Church must oppose the changes using Scripture, not just ‘natural law’. Appeals to natural theology, the good of society, and the consensus of all societies, are helpful. However, these play by the same rules that have produced the problem. God has not left his voice as a bare whisper in the human conscience. He has revealed himself in Scripture. Scripture is entrusted to the Church, and the Church is entrusted with relaying that truth, graciously and humbly, to the State. We must not run from our responsibility, with the excuse that the State will not listen to supernatural revelation. What the State wants to hear is not the point. The Parliament of Australia must not be a space vacuous of the claims of God.

The Church also needs to relay this to the State: it is not a foregone conclusion that the Church will be able to comply with a revised Marriage Act. If the definition of marriage changes, then Parliament’s ‘marriage’ and the Church’s ‘marriage’ will be two different things. That State would have marriage as a ‘union of two people, regardless of sex’. The Church will never accept ‘regardless of sex’. Gender is at the core of what marriage is. It is not two people-ness that makes marriage a marriage. Marriage actually requires a man and a woman.

A Christian marriage would as much relate to the Clean Energy Act as to the Marriage Act. It ceases to be the ‘Marriage Act’. It becomes the ‘Perverse-Imitation-of-Marriage Act’.

If the definition of marriage changes, everything changes. Where the word, ‘marriage’, appears on the Government certificate, make sure to insert the new definition. How could I certify that I have solemnised ‘a union of two people, regardless of their sex…’? I cannot put my signature to that.

There is no right way of using a Perverse-Imitation-of-Marriage Act. Change the definition, and the Marriage Act becomes poison.

Would the change only ‘broaden the definition of marriage’, such that Christian marriage fits under its umbrella? What brilliant propaganda. ‘Two people’ is broader than ‘a man and a woman’. However, what is it to ‘broaden a definition’?

However, could ‘a child be a person up to 65 years old’? Something has gone wrong. ‘Child’ has been misunderstood. A 64 year old cannot be a child. ‘Child’ has not been broadened; it has been changed.

The definition of marriage is not being ‘broadened’. It is being changed. It broadens marriage to make it apply to a 14 year old male and female (something currently illegal). It changes its inner essence to say that there need be no male and female.

Simply put, changing the Act tarnishes this sacred institution, and the Church will need to protect her purity, and the sanctity of marriage. Christians may eat meat sacrificed to idols, in some circumstances (1 Cor. 8), but where the connotations are unavoidable, Daniel sets the example (Dan. 1). Do not eat, even on pain of death. What is being proposed is a pagan religious rite, but what has the Church to do with idols?

This becomes a pastoral issue. Couples cannot be sent into their married lives hearing that their union is no more distinct than a homosexual relationship. Why would a minister want to hand over the Government’s ‘marriage’ certificate? Why would a minister want to handle the certificates at all? The proposed definition is a great evil, and cannot be allowed to voice itself at a Christian wedding.

The Church complies with the State, but will not compromise God’s standards. Whether same-sex marriage forces the Church’s hand remains to be seen.

Should the Church ‘draw the line’ if the amendments carry? Consider the magnitude of the scenario. It is to return to the pagan Roman Empire. Actually, not even Rome came close to this. The very core of our society is being destroyed. The Church rightly flags resistance.

Today, it is the abolition of the gender restriction. Tomorrow, why not add ‘regardless of age and consanguinity’, legalising paedophilic and incestuous marriage? Justin Martyr (2nd century) described pagan Rome. He spoke of infanticide, sodomy, the rearing of children to be prostitutes, and incest. ‘These things’, he said, ‘you do openly and with applause’. Is this what we are returning to?

What would the Church do in the place of a Perverse-Imitation-of-Marriage Act? Would she resume her ancient prerogatives, defying the State? To solemnise marriage outside the Act is a criminal offence. Is de facto marriage feasible, in a supportive Christian community? How would the Church provide counselling and discipline without clear boundaries? This would be an extremely troubling withdrawal of the Church from a vital ministry. Still, we need to start the discussion. The French cry of ‘liberty’ intends on guillotining the Church’s freedom.

A wistful recitation of the immortal words of the 16th century Book of Common Prayer is in order:

For be ye well assured, that so many as are coupled together otherwise than God’s Word doth allow are not joined together by God; neither is their Matrimony lawful.