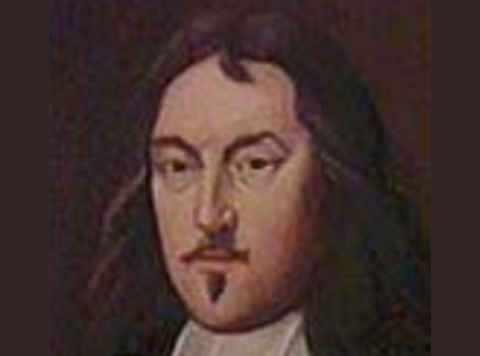 Peter Bulkeley understands the true nature of the covenant with Moses. It is not a covenant of works, but a covenant of grace. In his 1646, The Gospel Covenant, he writes thus:

I grant also that the Law was given to them by the mediation of Moses, who was a Mediator betwixt God and them.

But I adde withal, that the Law though it contain the sum of the Covenant or works, yet was not delivered unto that people for this end, to stand between God and them as a Covenant of works, by which they should be justified and live, but onely as it was subservient and helpfull unto them, to attaine the end of the former Covenant of grace, which God had made with them in their Fathers; God had promises Abraham to be a God to him, and to his seed, but now the Israelites having been long trained up among an ignorant and idolatrous people, they little knew what need they had to fly to the promise of grace, and therefore the Lord now reeales his Law to them in that manner, to make them see by the terrors of the Law, that they cannot come neer unto God thereby; this was the Lords end in giving the Law unto them, and not to stand between God and them as a Covenant of life, by which they should live.

Bulkeley cites Galatians 3:19 to prove the point, which speaks of what we identify as the second use of the Law. With Ursinus, then, Burkeley has the covenant of works taught in the Mosaic covenant, but not reissued. The covenant of works is still in force, inasmuch as we have been condemned by it, and it is this condemnation that we need to come to know.

Burkeley continues to unpack this, and to deal with objections. What of Galatians 5:3, which says that the circumcised are bound to keep the whole Law? This was speaking of the abuse of the Judaising Apostles (p. 65). Still, the circumcised were bound to keep the whole law, in the sense not of trying to be justified by it, but to show themselves as a people separate to God.