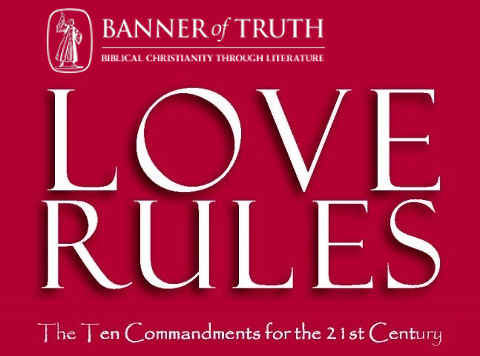 Published: ‘The Ninth Commandment’, Love Rules: The Ten Commandments for the 21st Century, Banner of Truth

If citing this article, do not cite this webpage. Please cite the book with the appropriate page number.

‘You shall not bear false witness against your neighbour.’

Ours is an age of intellectual relativism: the only truth is that which is true for me. Ours is an age of media hype: images and feelings are more important than a person’s reputation. Ours is an age of unrestrained personal ambition, self-esteem and selfishness: I deserve comfort and happiness, and will do whatever it takes to get it. The ninth commandment directly collides with our post-modern culture, because this is the command about truth.

‘I swear to tell the truth, the whole truth, and nothing but the truth, so help me God.’ This oath from the legal world summarizes the primary meaning of the command.

Israel at Mt Sinai was a newly formed theocracy, having just been redeemed from Egypt. She already had a rudimentary legal system, which involved the elders of the tribes and lately had been centralized under Moses (Ex. 18). With this background, the Lord formalizes and regulates one particular aspect of the nation’s legal system, namely the role of the witness.

The NIV brings out the legal force of the statement. ‘You shall not give false testimony against your neighbor’ (cf. Deut. 19:15–21, where the idea of ‘false witness’ arises in a clearly legal context.). When you stand in the witness box, you must not lie. Instead, positively, you must tell the truth. Despite the example of a former President of the United States who has been convicted of perjury, we can deduce that you are not to lie to the court even to save your own skin.

More broadly, the command supports the concept of an orderly legal system for society. There must be a process to search out the facts. The witnesses must play their role, and the judge also. There must be a public hearing, oaths made, and a system of appeals, all of which are attested in the Pentateuch. The cause of justice is not served by a haphazard approach.

How important this commandment is for our (post-)modern society. There has been for a while now a not-too-subtle attack upon our system of law. The role of the jury has been questioned, for why should the opinion of 12 ignorant people have any validity in my life? Television shows like Ally McBeal have not helped, depicting the system as hopelessly quagmired in the narcissism of the protagonists (2 Pet. 2:10–11!). Added to this are the all too real cases of inadequate sentencing, revealing an uneasiness with the very concept of justice, and the craze of the outlandish malpractice suit, which turns the legal system into a high-stakes lottery.

Nevertheless, we can say upon the basis of the Word of God that we believe in the legal system. It operates under the mandate of God. The witnesses are not called to the stand by the prosecution, the defence or even the judge. They are called there by God Himself (cf. Deut. 1:17, the judgement is also God’s).

Sometimes the system makes mistakes. There can be abuse and manipulation. Innocent people can be convicted. It is a human system, and only ever approximates the justice of God. The Lord is well aware of this: the ninth commandment is predicated on the perversity of the human spirit. Still, it is God’s system. Whilst the fullness of His justice belongs to the future age, the Lord endorses the human effort to make His justice intrude into the present (cf. Acts 25:9–11; Rom. 13:1–7; 1 Tim. 2:1–2; Titus 3:1; 1 Peter 2:13–17).

In a classic film moment, Jack Nicholson exclaimed ‘You can’t handle the truth’ (A Few Good Men, Columbia TriStar, 1992). The ninth commandment says that not only can you handle the truth, but you must handle the truth. Moreover, this extends beyond the Law Courts. God is truth, and He requires those in His image to conform to His nature, so you must ‘handle the truth’ in all circumstances. This is essential for the proper functioning of society and for God-honouring personal relationships.

The extraction of this underlying principle is perhaps envisaged in Deuteronomy 5:20. In preaching through the Law, Moses replaced the word ‘false’ with ‘nothingness, emptiness’ (sheqer in Ex. 20:16 , but shav’ in Deut. 5:20). A ‘false witness’ is given in a Court of Law, but an ‘empty testimony’ is anything that is said against one’s neighbour (cf. Prov. 12:17–19). At the very least, this change in vocabulary shows the ‘whole truth’ is not just an absence of lies (cf. Jesus kept silent during His trial, but gave the whole truth when placed under oath, Matt. 26:62–64).

I know a person who listed ‘gardening’ as a hobby on his rÃ©sumÃ©. His sole efforts in this regard consisted of mowing the lawn once every two months. However, there is to be no gilding the lily, half truths, little white lies, self-aggrandizement, media spin, sweet-talking the boss, buttering up, soft-soaping, currying favour”¦

Despite the ruling of the ancient Jewish Mishnah that it is permissible to lie to a tax collector (Nedarim, 3:4), the ninth commandment prohibits cheating on your tax-return. Cf. Prov. 11:1, ‘Dishonest scales are an abomination to the Lord.’ Racism and sexism are also forbidden, for these assert that others are less than what they are.

Neither are you to lie to yourself. Contrary to self-esteem psychology, a person is ‘not to think of himself more highly than he ought to think’ (Rom. 12:3). ‘For if anyone thinks himself to be something, when he is nothing, he deceives himself’ (Gal. 6:3).

Is it ever right to tell a lie? The Nazi soldiers in your kitchen demand to know where you have hidden the Jewish family. What do you tell them? Despite the teaching of some of the most eminent Church fathers, of course you lie! There are situations where some people cease to have a right to the truth, where a confidence has to be kept, or where a person almost ceases to be one’s neighbour. This is the ‘lie of necessity’, that intends to do good. The theologians argue over how this fits into a system of ethics, but we see this pious deceit both modelled and commended in the Scriptures (Ex. 1:15–21; Josh. 2:4–6; 2 Sam. 17–19–20; Jer. 38:24–27; Heb. 11:31; James 2:25).

‘By the way, did I tell you that I saw John playing the Pokies the other day? Now, I don’t want to get him in trouble, but you really ought to know.’ The unbridled tongue even uses the truth to spread its poison. This point must not be overlooked: I am not to harm my neighbour in any way whatsoever with my words. If I know something true about you that reflects poorly upon you, I should only raise it through the appropriate legal or ecclesiastical channels, after attending to the log in my own eye (Matt. 7:1–3).

Your words, then, must flow out of love for your neighbour, and all talk flowing from malice—idle talk, gossip, slander, be it true or false—is forbidden. You must not say anything against your neighbour that would lower others’ opinions of that person. A person’s reputation is valuable and ought to be protected. Shakespeare said, ‘Who steals my purse steals trash: But he that filches from me my good name robs me of that which not enriches him and makes me poor indeed.’ Love, instead, seeks to cover a multitude of sins, and positively, rejoices in the gifts and graces of others, not in their failings.

But now you yourselves are to put off all these: anger, wrath, malice, blasphemy, filthy language out of your mouth. Do not lie to one another, since you have put off the old man with his deeds, and have put on the new man who is renewed in knowledge according to the image of Him who created him. (NKJV)