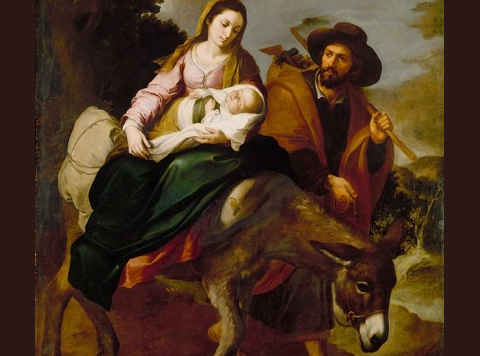 Matthew 2:15 is the passage most used to prove that the NT allegorizes the OT (oops, finds divinely filled-up meaning in the OT). ‘Out of Egypt I called My Son’, Matthew says, citing Hos. 11:1. The OT passage is neither prophetic nor about the Christ, but about Israel and the exodus. Lazy exegetes look no further than this. ‘Obviously’ Matthew has done a number on the OT text, allegorising Israel’s exodus experience so that now it is about Jesus. This is second temple midrash.

But if we’re not so lazy, Matthew is picking up on the meaning inherent in Hosea’s thought. What is Matthew doing? He is doing what the NT writers do so often with their quotes – he is picking up on an entire passage, not just one verse. In this particular case, Matthew has simply read forward to Hosea 11:11. ‘They shall come trembling like a bird from Egypt’ and ‘I will let them dwell in their houses.’ This is a prophecy. It is still about Israel, but this is not problematic. It promises the return from exile – not the return from the 586 BC exile of the Southern kingdom, but the eschatological return of all Israel. Verse 1, the first exodus, leads forward to v. 11, the second exodus. This will be accomplished by the ‘Holy One in your midst’.

1. Considers Jesus to be one of these returning exilees. Jesus is part of Israel, and the prophecy is that Israel will not stay in Egypt.

2. Understands that Jesus cannot remain in Egypt because He has to return to Jerusalem to establish the eschatological kingdom. He is the Holy One in their midst.

In either case, Matthew is flagging that the return from exile has begun with Jesus. Jesus is the first one upon whom the end of the ages has come.