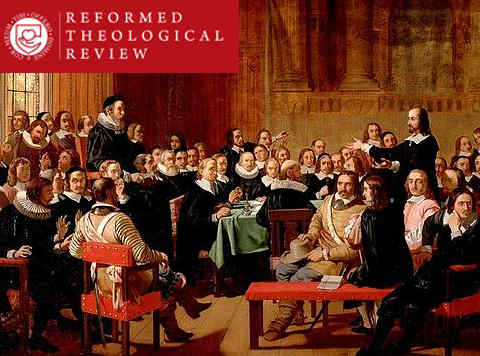 The introduction is below. The full article can be accessed online or in print by subscribing to RTR (rtr.org.au), or by purchase from Informit (search.informit.com.au).

The Presbyterian Church of Australia (PCA, ‘the Church’) was formed in 1901. It adopted the Westminster Confession as its subordinate standard, but the Confession ‘read in the light of the following declaratory statement’. The Declaratory Statement mostly clarifies the Confession’s doctrine.[1] Clause 5, however, is the ‘liberty of opinion’ clause:

This grants some degree of latitude to PCA leaders, who have to subscribe to the Confession.[2] However, what is the extent of this freedom? This has caused considerable discussion and disagreement.[3]

Studies to date have focused on the clause’s historical context.[4] There is more that can be said on that—indeed, a fresh perspective will be offered. However, rather than just reading an interpretation of history into the clause, the clause itself needs to be read in its own right. Its own voice needs to be heard, particularly since it is the words themselves that are the law of the Church, not the historical context. Its semantics and syntax need to be analysed. An exegetical study is required.

The exegetical task should be easy. The clause is in plain English. However, a century of widely divergent readings and neglect of the actual words means that the study is going to have to be laboured and technical. The same sorts of techniques applied routinely in Scriptural exegesis will be employed here—which is not inappropriate, given that the main author of the clause in the Australian context, J. L. Rentoul, was himself a biblical linguist.

The procedure will be, first, to summarise the clause’s literary context, before assessing each expression, in this order: doctrine, matters, not essential, liberty, opinion. Next, there will be brief consideration of the doctrinal requirements implied by the overall Declaratory Statement, before finally taking up the historical and legislative context of the liberty clause. Some sundry questions will be asked, such as ‘What about six-day creation, or the covenant of works?’

[1] The Statement was not designed to amend or contradict the Confession. So Ad hoc Committee on the Declaratory Statement, GAA 1994, 118–119. F. Maxwell Bradshaw, Basic Documents on Presbyterian Polity with Introduction and Notes, 2nd edn (Sydney: Presbyterian Church of Australia, 1984 [1961]), 92, puts it that the Statement gives the ‘meaning’ of the Confession; or permits a ‘meaning’ or ‘interpretation’ to be held, without requiring it. Ian Hamilton, The Erosion of Calvinist Orthodoxy: Seceders and Subscription Scottish Presbyterianism, Rutherford Studies in Historical Theology (Edinburgh: Rutherford House Books, 1990), reprinted 2010 by Christian Focus, rather argues that such statements were designed to loosen subscription (see especially pp. 150–151).

[3] A 1979 Western Australian Overture requested that it be set out for elders ‘those doctrines in the Subordinate Standard for which liberty of opinion is allowed’ (1979 GAA BB p. 120). The 1991 GAA declared that ‘the declaratory statement has not altered any doctrine’ in the Confession’, and that ‘the doctrines of any part of the Confession…remain essential to the doctrine…unless…this can be established otherwise from the text of the Confession itself’ (min. 29). The 1994 GAA rescinded this, and emphasised the ‘Reformed doctrine’ of chapters 3–18, holding that the Confession’s doctrine ‘includes the specifically Calvinistic system of theology’ (min. 100, underlining original). Chapters 1–2 are not stipulated, despite the Queensland Overture having requested their inclusion.

Confessing the Faith: A Reader’s Guide to the Westminster Confession of Faith (Review)

The Erosion of Calvinist Orthodoxy (Review)

The Religious Life of Theological Students – B. B. Warfield (abridged)

1 and 2 Samuel – A Theological Commentary on the Bible...