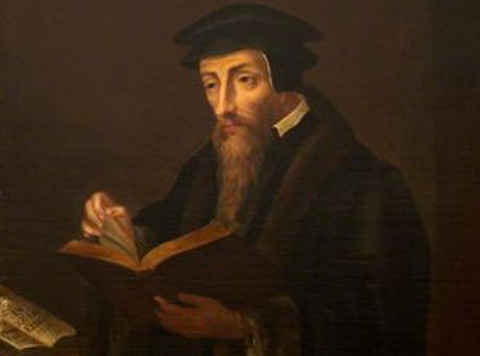 Did Calvin believe that the Old Covenant was a covenant of works (promising eternal life as a reward for perfect human obedience) or a covenant of grace (giving life based on grace, not on human merit)?

2. Relative. It is not always easy to see it, but if one reads the Institutes closely, one realizes that Calvin is speaking relatively, not absolutely. He does say that the OT lacks the Spirit and justification. He means that it tends to have that lack. After saying that the OT lacks justification, Calvin immediately qualifies his thought, saying it is not as though no-one was saved in the OT. In other words, there is justification in the OT. He says there is ‘Gospel light’ in the OT. But the administration of the one covenant in the OT ‘obscures’ that light. The NT is a ‘better covenant’, not because it is in essence a different covenant, but because its ‘circumstances’ better accord with the essence of the one covenant. The OT is still a covenant of grace, then.

a. At a couple of points in the Institutes, Calvin denies that the Mosaic law offers life upon obedience. The merit of works, for Calvin, is not inherent. Works have ‘merit’ only if God says they have merit. Even the obedience of Christ only has merit if God says it does. And Calvin says that God is not saying in the Law that works have merit. Calvin says that the Mosaic law is in no way at cross-purposes with the Abrahamic covenant. The Abrahamic covenant has the principle of justification by faith. The Law gives no other principle. How could it be any other way? The Law is a covenant of grace, and grace is about justification by faith, not works.

b. Still, Calvin affirms that the Law does offer life upon obedience. It does in its circumstances, not in its essence. Still, this is a tension in Calvin’s thought. How can it in essence be a covenant of grace, but in circumstances a covenant of works? Is it a genuine offer of life upon obedience, if the essence is of grace? Calvin has it as a genuine offer of life on obedience, for this is the Law which Christ kept, for which he was justified, and which justification is ours by imputation. Calvin has to have the Law as a genuine covenant of works if he is to retain the imputation of righteousness.

Calvin may have been more consistent to locate the principle of life upon obedience to somewhere else in Scripture (say, back to the Adamic era!), but this did not occur to him. He believed that Adam was promised eternal life upon obedience, but Calvin did not make the connection from Adam to Christ. He was left with this unresolved tension in his thought.

The covenant of works framed by his discipline, Ursinus, resolved the problem.

Trying the Pope for Heresy, or, ‘Mr Bergoglio, tear down these walls!’

Put asunder – that which God has not joined together

Why I still believe in inerrancy – ‘Every syllable’

Respectfully say ‘NO’ to redefining marriage

Calvin and the Reformed Tradition (Review)