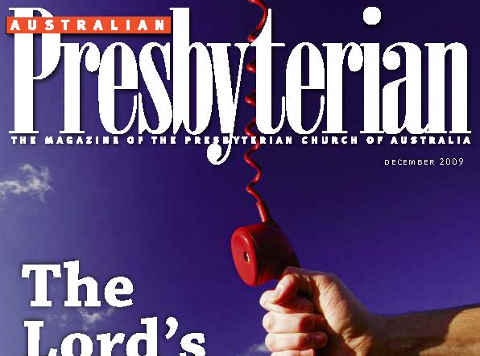 If John Calvin were interviewed on the subject of prayer, what would he say? Â

“What?” you might exclaim. “What would Calvin know about prayer?” “Didn’t he only care about theoretical questions of theology?”Â  Â

If you want to know what the 16th century Reformer cared about, simply look at the first edition of his famed Institutes of the Christian Religion, published in 1536. History remembers the final 1559 edition, but the first edition has some advantages. It is short. It has a youthful vitality to it. And it deals with only five topics! Â

Calvin believed these five topics are the most important of all. The third of the five topics is prayer (placed after chapters on the Law of God and faith). Clearly, Calvin was concerned with piety or godliness, not abstract, academic questions. Â

Prayer, for Calvin, is vital. Whether or not we should call ourselves “Calvinists,” it is certainly true that you cannot be a good Calvinist without prayer! Â

What is prayer? Calvin says that it is “properly an emotion of the heart within, which is poured out and laid before God.” What an extraordinary explanation! Calvin the theologian emphasizes the importance of the emotions. In prayer, we express to God the deepest yearnings and feelings of our hearts. Â

Calvin is, of course, speaking about union with Christ. He knows about this better than he knows anything else. He knows Christ. In prayer, he personally, intensely and wholly pours out his heart to his Saviour. Prayer is the human side of union with God.

What do we bring to prayer? Are we equal partners in relationship with God? Calvin almost foreshadows Luther’s deathbed words (“We are beggars, this is true.”). Calvin says that we are “destitute and devoid of all good things.” This is actually why we pray. The Christian must “go outside himself” to find the resources he needs. Â

We connect with Christ in prayer, then, and we find all we need in Him. Calvin waxes eloquent: “For in Christ he [the Lord] offers all happiness in place of our misery, all wealth in place of our neediness: in Him the Lord opens to us the heavenly treasures that our whole faith may contemplate that beloved Son of His, our whole expectation depend upon Him, and our whole hope cleave to and rest in Him”. This is Calvin at his best, when he speaks about our mystical relationship with Christ. Â

Calvin gives some “rules” for prayer, including the following:

First, we have to “abandon all thought of our own glory.” Do we seek God’s glory when we come to pray?

Second, we have to “sense our own insufficiency.” Do we feel our own weakness when we pray?

Third, we should remember that God commands us to pray, and promises us that we will receive whatever we ask. Do we actually trust God when we pray? Calvin makes the astounding comment: “God adjudges the value of the prayer not by the person’s worth, but by faith alone, in which men both obey his commandment and trust in his promise.” God does not hear prayer that comes from doubt. But be encouraged in faith! Calvin reminds us that we have an advocate and mediator with the Father. The way is open. God will hear us, because of Christ. Believe it.

Fourth, we are to pray in Christ’s name, and in the name of no other. The saints who have died, live in Christ, but our prayers are not through them. They cannot supply access for themselves, let alone for others. To pray through the saints is to “strip him [Christ] of the title of sole Mediator.”

Fifth, we are to pray without ceasing. Â

Sixth, when praying in public, we should use the language of those present.

Eighth, we are not to ask for anything from God except that which is found in summary form in the Lord’s Prayer. Â

Ninth, we should set special times in the day for prayer. How often should we pray? Calvin suggests we should pray when we rise in the morning, when we begin daily work, when we sit down to eat, when we finish eating, and when we retire at night!

Tenth, we should not think that our prayer binds God to a particular course of action.

What are the parts or elements of prayer? I personally learned “ACTS”: Adoration, Confession, Thanksgiving, Supplication. Calvin keeps it even simpler, and has only two parts. There are petition and thanksgiving. In petition, we ask God to meet our needs. In thanksgiving, we acknowledge His benefits.

To explain petition, Calvin walks through the Lord’s Prayer. After the address, it has six petitions. The first three are about God’s glory, not our own advantage. The latter three are about the “care of ourselves.” Â

Our Father… The address of the Prayer shows that we have a compassionate Heavenly Father. He is very willing to give to His children. He is “in heaven,” which reminds us that we don’t truly know His divine nature. Â

We approach Him in Christ’s name—as is indicated in calling Him “Father.” “In calling God ‘Father’ we assuredly put forth Christ’s name.” Also, are we aware of the “our” in “our Father”? We are children together of the one Father, and we ought to care and pray for each other. Â

Hallowed be Your Name. We want everyone to see that God is glorious! This is the first petition.

Your kingdom come. The Kingdom is not a territory or piece of land, but is God’s “rule over his own people.” We pray that God would so rule more and more people—“that the Lord may day by day add new believers to his people so that they may celebrate his glory in every way…” Despite his critics, Calvin is concerned with evangelism. He brilliantly sees that the aim of evangelism is God-centred, and that the Church grows through prayer.

The coming Kingdom will also “ruin and cast down the reprobate.” Do we know that when we pray the Lord’s Prayer, we are praying for the final judgement to come?

Your will be done… We ask that He control all things—including ourselves. We want Him to subject and conform our wills to His holy will.

Through these first three petitions, Calvin has laid bare what is at the heart of his theology and piety. Godliness is about seeing and submitting to the glorious God.

Give us this day… We give ourselves over to God’s care. We ask not only for bread, but also for everything “God foresees to be beneficial to us, that we may eat our bread in peace.” And we ask for bread for “this day”—enough for the day, rather than asking for luxury.

Forgive us our sins… We pray for God to forgive our sins. It is mercy that we need, not justice—as if we could rely upon our own merits.

To “forgive those who sin against us,” is not to forgive the guilt of the other person’s sin. Only God can do that. Instead, we “cast from the mind wrath, hatred, desire for revenge,” and we “banish to oblivion the remembrance of injustice.” Also, we “try to get back into our enemies’ good graces.” Is that what we want when we pray this prayer?

Forgiving others does not earn God’s forgiveness, but it is “a sign to assure us He has forgiven our sins just as surely as we are aware of having forgiven those of others…” Â

Lead us not into temptation… We don’t ask to avoid temptation! We need to be tempted, Calvin says. Instead, we ask God to sustain us through the desires of our hearts and the suggestions of Satan. We want to be delivered “from the evil one,” which means to yield not to temptation.

Matthew 6:13b adds the line, “for thine is the kingdom,” etc., which is not found in Luke 11:2–4. This isn’t a petition, but it gives “the reason why we should be so bold to ask and so confident of receiving.”

We add an “Amen,” Calvin says, to express “the warmth of desire to obtain what we have asked of God.”

Has the Lord’s Prayer fallen on hard days? The old practice was for the Sunday congregation to recite the Prayer. The Church has done this across the ages. Calvin had it in the weekly worship service at Geneva. Â

Be instructed by Calvin! This is no empty ritual or vain superstition. Reciting the Lord’s Prayer can revitalize corporate and personal prayer. It enriches worship. It is a means of grace to those who say it from the heart.

Indeed, the Lord Jesus instructs us. He said, “Pray in this way.” This is His loving will for us. He then told us to say, “Our” Father—because we are to pray the Prayer together. He gave the prayer to those who struggled to pray. Do we struggle to pray? Then the Lord’s Prayer is for us! It provides a form of prayer; it provides words to recite.

Did Calvin know anything about prayer? He believed that prayer is vital for the Christian. In prayer, we are united with Christ.